As I have mentioned, due to Covid-19 concerns, we decided to just drive right through Sweden, so we camped at a rest stop Saturday night near to the bridge from Denmark to Sweden. We had read that in order to be let into Norway, we were not allowed to spend the night in Sweden (even in our own camper), should only take short bathroom breaks and would need to show receipts to prove how long we were there. So we were on the bridge around 7:15am on Sunday, July 19th, and drove the 480km pretty much straight through, crossing the Norwegian border at 1:30pm. Which is pretty impressive considering we were pulling a camper and keeping four children (mostly) happy. Steffen was a rockstar driver! And the girls were pretty patient. I did snap a few photos of the beautiful Swedish countryside. 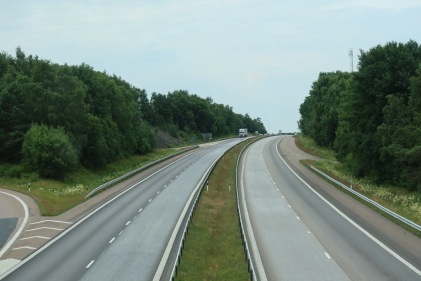 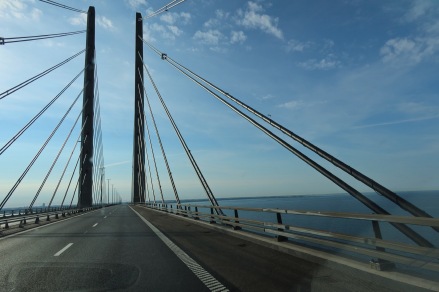 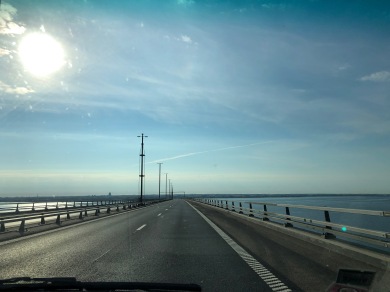 We were so relieved once we crossed the border that afternoon! We stopped for a rest, had a late lunch and then decided together that we’d rather continue driving to arrive in Oslo that evening so we could have all day Monday to relax, regroup and explore. 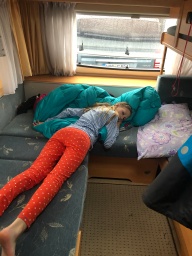 We arrived at our campground to cloudy skies but an amazing view. It was pretty rainy on Sunday but Monday was beautiful! We stayed just two nights at the campground in Oslo, and though spacious, it was very much a “city campground” in that it was large, not super clean but functional, and a bit impersonal. 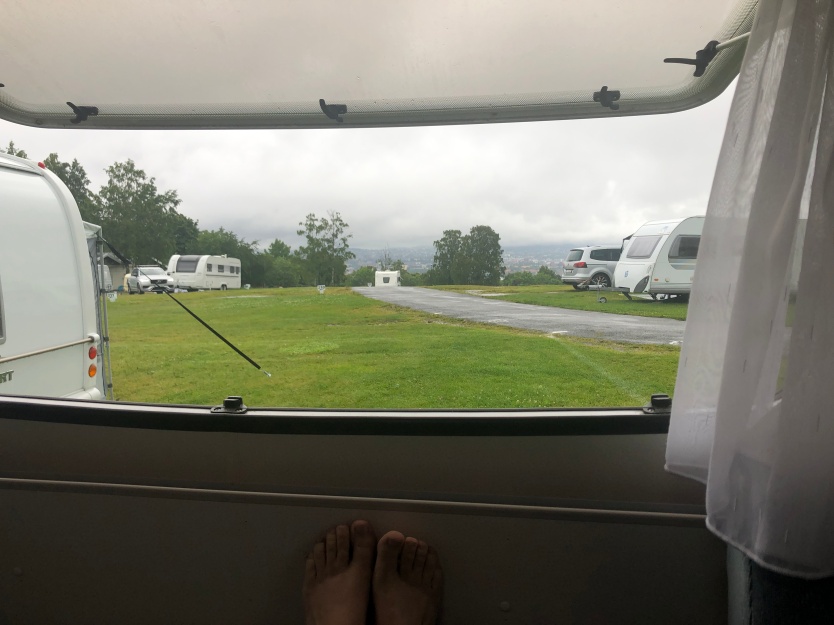