We decided to venture off the E6 for a few days to explore the Lofoten islands, and it was a detour well worth the extra time. We didn’t get very lucky with the weather, and we only spent two nights so basically drove through them, but the scenery is magical! The mountains are so dramatic, they way they jut up out of the sea. 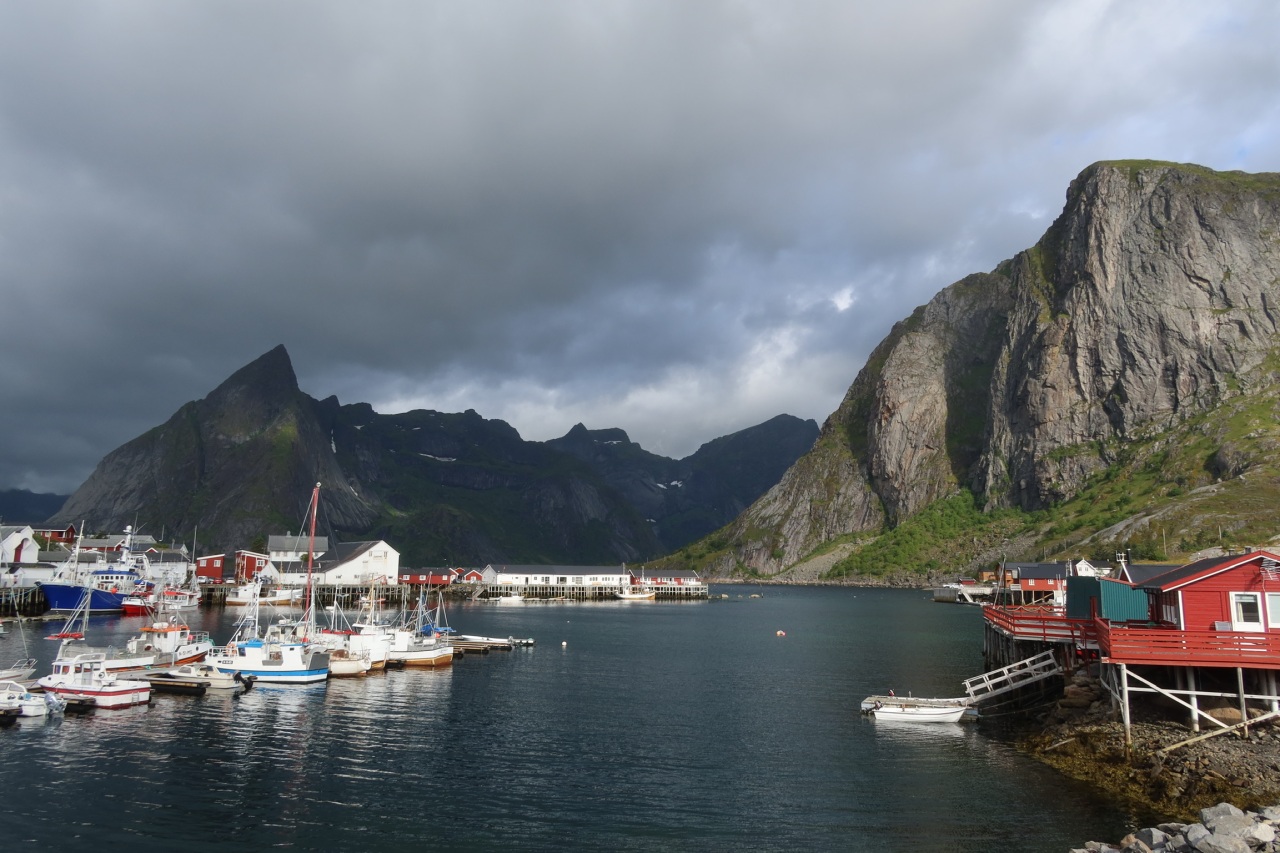 We left our campground in Dalsgrenda on Saturday morning and crossed the Artic Circle after a couple of hours. We made just a quick stop since we wanted to catch a ferry, but it was pretty cool to be at the actual spot! 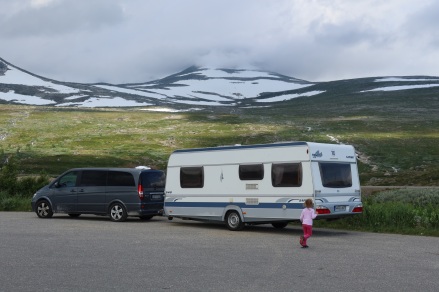 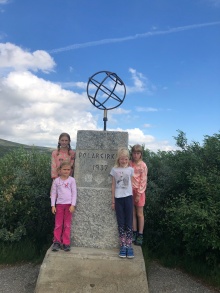 We continued driving and made another quick stop at the Saltstraumen, a small strait with one of the strongest tidal currents in the world. We weren’t there when it is at its strongest (that’s when there is a full moon and all of March, apparently), and I think you need to have a lot of time to see how the tide changes, but it was still neat to see. There were a ton of whirlpools and some jumping fish. And (of course!) the surrounding area was gorgeous.

We then drove the last kilometres to reach the ferry terminal in Bodø to catch our 4pm ferry over to the Lofoten. We were first in line (!!), leaving us time to cook a late lunch, let the girls play around and relax a bit. The ferry ride was 4 hours long, and a little rough so Charlotte and I weren’t feeling very good. But we made it! 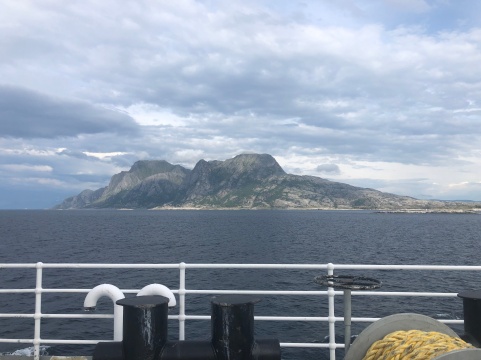 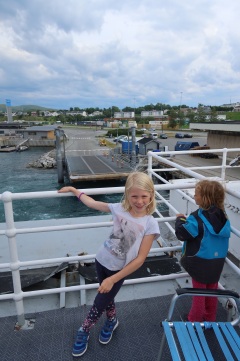 We got off the ferry to stormy skies, winds and unbelievable landscape. Tiny fishing villages tucked into bays and rocks, dramatic peaks and narrow bridges everywhere. We drove for about 30 minutes before finding a turnout where we could spend the night. I didn’t sleep well since I still have a lot of fear when it’s windy (after our traumatic experience in Croatia last summer), but we woke up to some incredible beauty and were ready to keep moving. 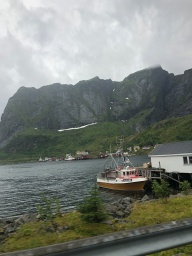 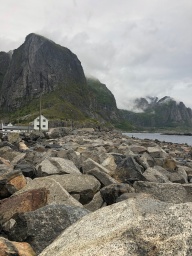 We drove another few hours, driving past sandy white beaches with turquoise waters and rough, rocky shorelines with dark, stormy water. The variety was incredible in such a small square mile area. We ended up at the Kongsmark campground, a small campground off of the main road. It ended up raining all afternoon, so we made ourselves cozy in the camper and entertained ourselves in various ways. 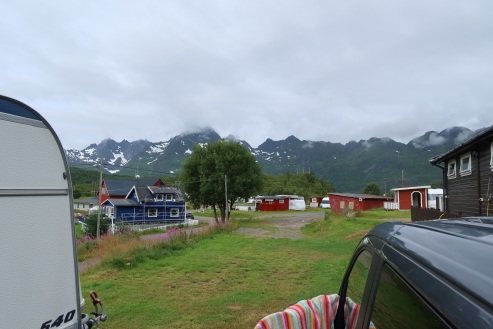 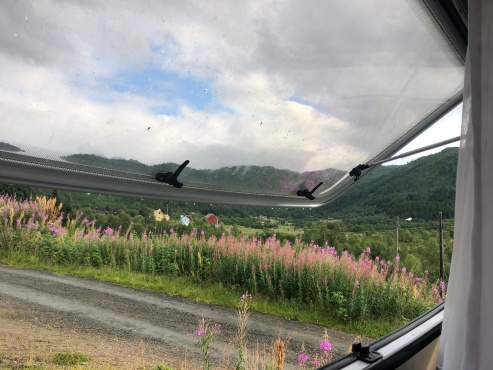 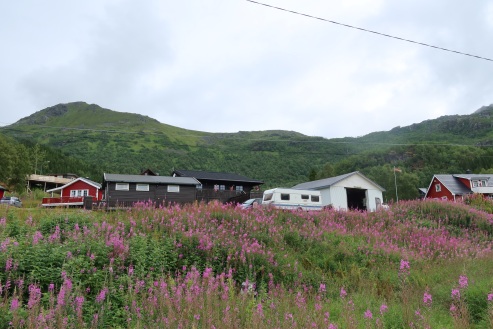 Then on Monday we drove again, this time off of the Lofoten through various bridges, back onto the E6, headed north. We stopped at Artic-Lyngen campground, located right on the Lyngen fjord, across from the Lyngen Alps. Spectacular views! Today we are resting, catching up with work and stretching our legs. Tomorrow we head off again, with the goal of reaching the North Cape by Thursday evening. On Friday Luisa celebrates her 5th birthday! 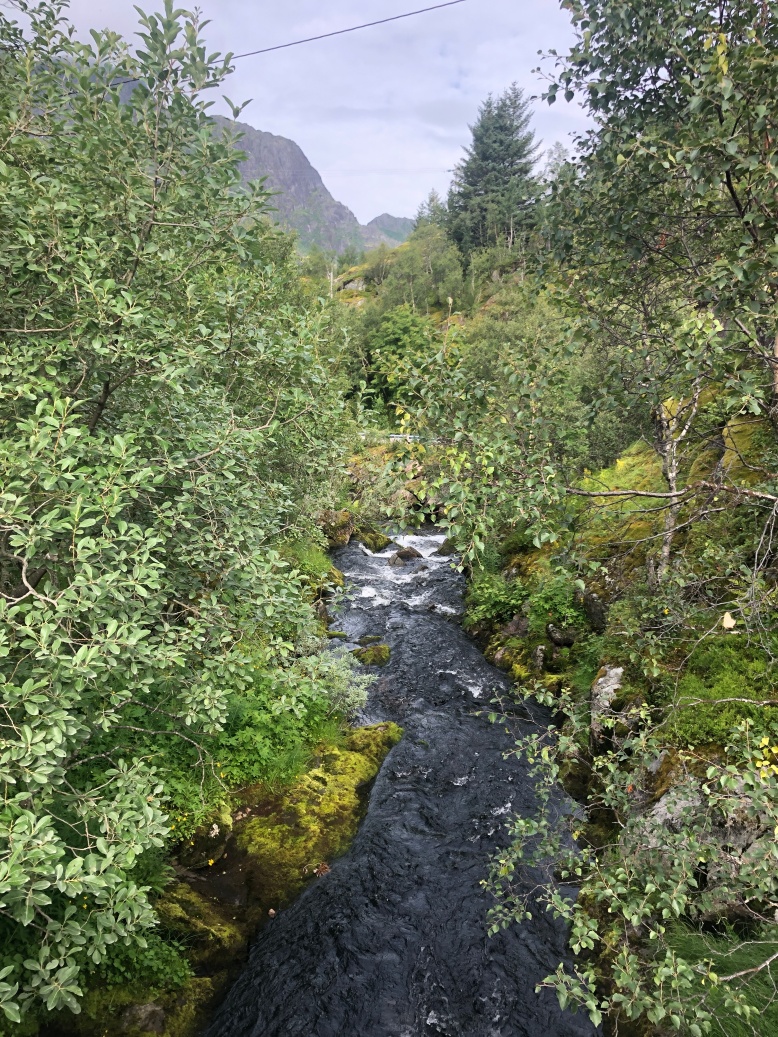 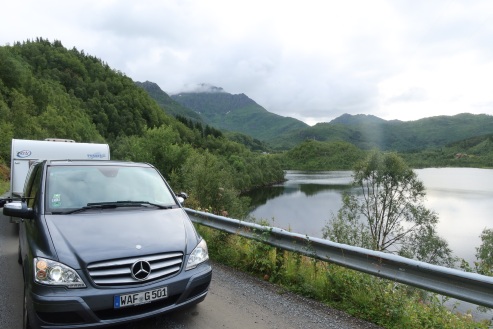 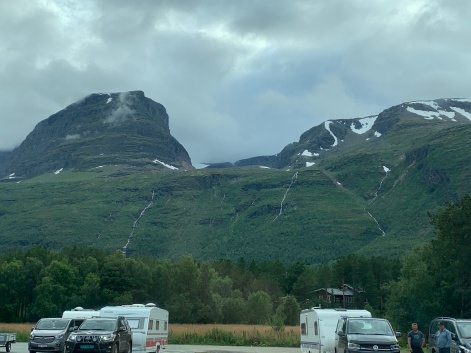